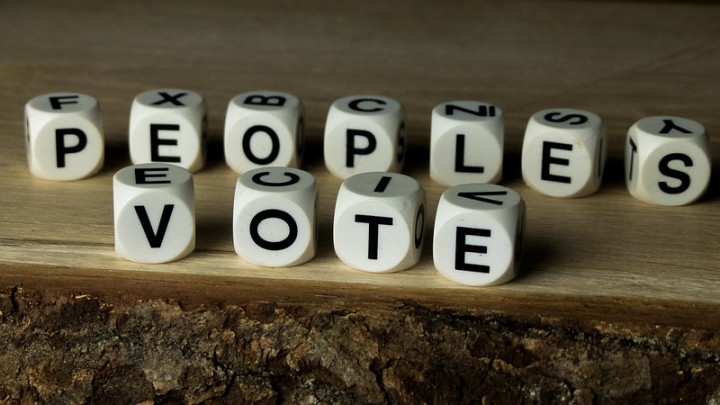 UN Secretary General Ban Ki-moon this week invites World Leaders to his Summit in New York to break the deadlock on negotiating what to do about the international challenge of climate change. So far we have had 20 years of stalemated bureaucratic negotiations a process completely out-of-date from when India and China were called developing countries.

Perhaps World Leaders have stalled for 2 decades because they think they lack the public’s mandate to make binding pledges to cut carbon emissions. I’m wondering if a public referendum on climate change is what international climate politicians need, following last week’s example of Scotland’s place in the UK. The weeks of run-up to the Referendum had quality of debate and campaigning and record political participation. Young people for the first time, sixteen and seventeen year olds, got to vote on their long-term future.

The question for a climate referendum is straightforward: Should your nation cut its carbon emissions as part of a global collective agreement to mitigate the impacts of extreme weather? Yes or No?

85% voted and 97% of the registered to vote. I wonder what the average turnout for a vote on climate action? On the Sunday before the New York Summit, was the People’s Climate March in 160 countries. Tens of thousands marched in Manhattan. It shows that the yes campaign has people to be mobilised. Would the No campaign be similarly active? A referendum is only worthwhile if there are vested interests and good arguments for opposing points of view.

The outcome of a public vote in the highest carbon polluting countries would be where the outcomes would matter most. The latest figures from my colleagues’ Global Carbon Budget, released this week to coincide with the New York Summit and hopefully help to focus politicians’ minds, show that in 2013, China put 10 billion tonnes of CO2 pollution into the atmosphere. This is nearly one third of global emissions.

Measured as CO2 output instead of GDP, China is the leading industrialist not a developing country. Total emissions in China now exceed the combined emissions of Europe and the US. The Chinese vote counts more than anyone else’s. The US in 2013 has responsibility for 14% of global carbon emissions, the 28 countries of the EU are responsible for 10%, and India 7%. These are the key polluter constituencies where yes or no votes would matter most.

I think that Chinese citizens would vote yes. This is because carbon pollution is strongly linked with air pollution. Well-made policies to cut either have co-benefits for both. The deaths of 1 million Chinese people per year can be attributed to air pollution. In January this year, Beijing was enveloped for several weeks in choking smog. This was after the really polluting industries were relocated for the 2008 Olympics. The region has 200 power stations and 5 million cars. I wouldn’t want to be asleep, never mind a hard-breathing athlete, sucking in air that is 40 times what the World Health Organisation says is safe.

The cost of air pollution according to World Bank estimates is 6% of China’s GDP, and that was back in the cleaner days of 2003. It is completely understandable why Governments of poorer countries want their people to catch-up with our riches in the West at whatever carbon and cost. I really like my standard of living, but it has a legacy of pollution since the Industrial Revolution began. The cost of that is enormous and there is no need for modern industrialising economies to follow the same path.

Ideally, the Chinese would much prefer a decoupling of economic growth from fossil fuel burning for a similarly prosperous but healthier future. Political failure on climate change (and air pollution) is ultimately not an option because of the eventual consequences for people, economies and politicians.

Maybe my fantasy of a global referendum on climate change is anyway unnecessary. Perhaps in New York, Ban Ki-moon will broker the big emitters to reach an agreement. In case he does not (I must ask my bookie for the odds), what then is the international Plan B if if negotiations fail over the next few years? Plan B1 is for power stations that permanently remove carbon from the atmosphere. Thing is, these technologies that capture their carbon and bury it, don’t exist yet and are untested.

Plan B2 is geoengineering the climate. These are futuristic ideas for, for example, simulating the global cooling effects of volcanic eruptions, and/or removing CO2 from the atmosphere. Geoengineering is a suite of completely untried and untested ideas, existing only in academic manuscripts. The philosophical and governance questions are also profound.

Politically agreed solutions, with referendums or without, are far safer than ideas for untried, uncosted and unknown technology. In the key climate constituency of China, with or without a global referendum citizens could launch their nation to be the global leader in preventing climate change.

Scotland’s majority voted no to becoming a country independent of the UK, yet 45% of people voted yes. With nearly half of the 85% wanting to separate, there is a nevertheless a public mandate for political change. A global referendum on climate change, whether yes or no, could change the landscape of negotiations before climate physics forces politicians to act.