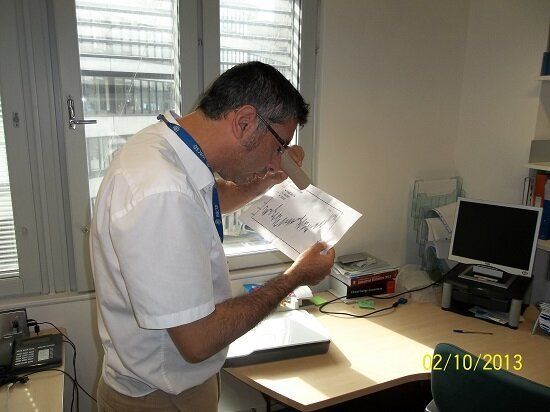 One of the more unpleasant bits of my job as a science communicator is reading the climate change reporting of the Mail on Sunday in stories such as ‘Climate summit confirms global temperature stopped rising’ and ‘World’s top scientists confess global warming a quarter of what we thought’ , (the original headline was ‘is HALF’). The same opinion was further circulated in the The Telegraph, viewpoints written by people even more unqualified than me for interpreting climate data.

For informed analysis on what the science says, I point you to the expert opinion of scientists at the UK Met Office, other scientists, as well as Myles Allen from Oxford University, for his personal account of when he was interviewed by the Mail on Sunday’s David Rose, offered up as ‘The Great Green Con No1‘.

Rose has himself documented how he uses evidence for his news stories in ‘Spies and their lies’ and ‘I feel shame and regret having supported the Iraq War’. Selectively reporting dodgy evidence for climate data doesn’t make the grade for the thinnest of loo paper. On the other hand, the Daily Mail does sometimes also report even-handed accounts of climate change science.

Is looking through the tube of a toilet roll the method of scrutinizing climate data?

This past week, I too admit that I did not look independently at the data. It began when I was invited to a country hotel in springtime Oslo. Contacts of mine were whispering in my ear, people far more obsessed about climate change deniers than I am. They misted my usually clear-headed view and sense of proportion around the quality of the communication of climate science reporting in the media. Later, I believed a dossier from the Reuters School of Journalism at Oxford University that claimed that 80% of climate news stories focus on uncertainty.

In consequence, I last week blogged on Huffington Post about the offal being printed in the UK over the past week about the Intergovernmental Panel on Climate Change’s (IPCC) latest assessment. I was wrongly obsessed with the wrong-headed reporting of the conspiracy theorists. I had been manipulated.

On Monday, having rested on Sunday, I took a cold look at the quality of the reporting of the IPCC across all English Language newspapers. Using the Nexis News Database I took a quick look at how the IPCC was actually reported last week, not how I thought it had been and was going to be reported. I removed the toilet tube from my eye and objectively searched for negative keywords about the IPCC report.

Of the major newspapers, the word ‘sceptic’ appeared in 33 of the major news stories, 115 in all the news. A quick read of the full articles shows that that is not because the content was sceptical of the science.

Through my back-of-an-envelope analysis of the evidence, the data shows that negative reporting was 7% in major news and 3% in all English language newspapers. Many of these negative framings are the same article re-repeated.

Or looked at another other way, 93-97% of news stories were straight reporting of the content of the IPCC. Clearly, the IPCC conspiracy theory journalism did not have anything like the importance or magnitude that I rallied against last week.

Next time, I will remember to examine the data, not give my amateur unqualified opinion. I too feel shame and regret.